Traditional light bulbs definitely came with several benefits for everyone, but they had a lot of inefficiencies too. These inefficiencies and problems were resolved with the invention of LEDs. LED lights offer a rich profusion of benefits, as compared to their predecessors.

Continue reading to learn about what LEDs have to offer and why are they so much better, what are the benefits or advantages of LED Lights.

Table of Contents hide
1 What are the benefits or advantages of LED Lights?
1.1 They Have A Long Life
1.2 LED Lights Are Energy-Efficient
1.3 LED Lights Offer High Brightness and Intensity
1.4 They Have A Good Colour Range
1.5 Low-Heat

What are the benefits or advantages of LED Lights?

They Have A Long Life

Traditional bulbs had a short life span. They needed changing after every few weeks, which was costly. Conversely, LEDs have a significantly greater lifespan because of their components and the way these components produce light.

You can put in all the care you possibly can in using other bulbs, they will still fail to last for long, whereas LED bulbs can be used for longer periods because of their amazing durability, energy-efficient system, and the low heat production. All these benefits help in extending the lifespan of LEDs.

Read more: The Significance of Using LED Screens for Outdoor and Indoor Events

If you compare the average rated lifetime hours of LEDs with Incandescent, Fluorescent, CFL or Halogen bulbs, you’ll notice a huge difference. To put this into perspective, the Halogens offer 2000-4000 hours, which happens to be the highest duration,  as compared to all the others, while the LEDs offer 35000-50,000 hours.

Bulbs burn out when their filaments start to weaken. In the case of LEDs, light production decreases very slowly. The lumen output of LEDs determines the lifetime of this bulb, and it takes a great deal of time for this lumen output to come down to 30%, which is when you start noticing a difference in the bulb’s performance.

LED bulbs are able to convert 70% of the produced energy into light because of their high lumen output per watt. This is why this bulb is comparatively more efficient than other bulbs because there is very little waste in terms of heat. A 6 watt LED bulb is able to offer more light than a 40-watt incandescent bulb.

Moreover, the low-heat feature of this bulb also offers more safety. The incandescent bulbs come with a plethora of important instructions that are to be followed. For instance, they are to be kept out of the reach of children because they get really hot. In addition to that, incandescent bulbs can cause fires, if they are exposed to flammable substances.

Know more: What are the common differences between industrial, residential, and commercial electrician?

Most people are of the view that LEDs produce lower levels of brightness because of their low-heat and long life, but this is only a myth. LEDs emit a great level of brightness.

Don’t only consider wattage as the measure for brightness. Instead, check the bulb’s lumen output when you transition from a halogen or any other bulb to an LED.

They Have A Good Colour Range

Usually, with incandescent bulbs, you would need filters to get different colours or shades, whereas LED bulbs bring an exceptional range of colours- without the need for any gel or filters that generally burn out with time.

The actual diode of LEDs, more commonly known as the phosphorus coating, changes to bring alterations in the light emissions. Therefore, you can rest assured for getting the same shade until the lifespan of these LED lights comes to an end.

LED bulbs produce electromagnetic energy in the form of light when they’re electrified. This is why they don’t radiate heat like the incandescent bulbs because the latter works by heating the filament to a high temperature to produce light.

LEDs can operate at a notably lower temperature than any other bulb because they turn energy into light rather than turning it to heat.

Although LED bulbs produce heat too, most of it gets dissipated via a special heat sink that is made to take in heat and spread it safely away from the diodes. Furthermore, LEDs come with an added benefit of not emitting any infra-red radiations in their beams, causing no warmth. This is also why LED bulbs are best to use in heat-sensitive places, such as laboratories, galleries, warehouses, etc.

LED lights offer an edge over all other forms of lights and lighting equipment. If you are in the search for LED lights, explore the variety offered by Brightex LED.

Experienced Search Engine Optimization with a history of working in the information technology and services industry. I have experience in working with different niche companies such as fashion designing, technology, E-commerce, and trending brands. I work hard to provide quality work for my clients with zero percent of Black hat SEO. 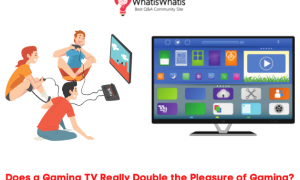 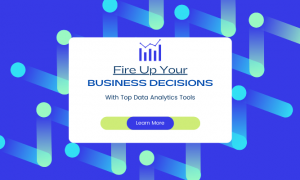 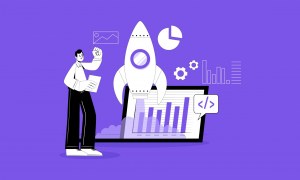