Over the past few years, different types of deep learning algorithms have been multiplying, gaining the attention of many global MNCs for their complexity and accuracy.

Not only have deep learning algorithms been effective in practical applications but it also has real-time benefits; From stock markets, and medical diagnosis to image recognition, the applications of deep learning continue to grow every day.

In this article, we will be finding out more about this compound topic. Before we dig into its algorithm types, let us learn about deep learning first.

What is Deep Learning?

Deep learning contains many layers of neural networks that mimic the behavior of a human brain, allowing it to work with a huge amount of data. These neural networks help to make favorable predictions with greater accuracy.

Deep learning algorithms have many applications and are widely used in industries such as automated driving, medical devices, eCommerce, and entertainment.

CNNs aka ConvNets is a type of neural network that is mainly used in image recognition. In 1988 Yann LeCun founded CNN, then called LeNet, that recognized ZIP codes, and digits.

It consists of four layers, namely, the Convolutional layer that analyses the features from different images, the Pooling layer that conserve the important features, The ReLU correction layer, and the Fully connected layer CNN is widely used in network applications such as face recognition, editing, image search, etc. It has also been branching out in the fields of Radiology and medical research.

RNR type of networking uses sequential data i.e the output from the prior step is used as input for the following one. Therefore, RNN has two inputs. Apple Siri and Google voice search use this type of networking. RNN is also widely used in speech recognition, video tagging, and text summarisation applications.

Founded by Juergen Schmidhuber, LSTMs are a more intricate type of network. It is a type of Recurrent Neural Network (RNN). Although RNN can give out accurate predictions, it cannot deal with words stored in long-term memory.

Whereas, LSTM keeps the information for a long time and is used in data processing, prediction, and classification.

A few of the applications of LSTM include image captioning, language modeling, and handwriting generation.

GAN was designed by Ian Goodfellow in 2014. The GAN algorithm is made up of two competing neural network models consisting of a generator and a discriminator. The discriminator works towards segregating the real and fake samples of data given by the generator.

GAN is a growing network that is highly demanding especially in the applications of Artificial Intelligence.

It was developed by Broomhead and Lowe in 1988. RBFN is widely used in applications such as time predictions, classification, and function approximation.

An MLP is a fully connected multilayer neural network developed by Dr.Hinton in 1986. It uses a feedforward type of algorithm. MLP has more than one hidden layer along with an input and an output. MPL is especially used in solving problems that require supervised learning. This deep learning uses backpropagation for training the network.

SOM was introduced by Teuvo Kohonen in the 1980s. This Deep Learning Algorithm uses an unsupervised approach to learning. It has two layers consisting of the Input layer and the Output layer.

This method helps to reduce the data dimensions as it produces low dimensional outputs for easier understanding of the complex problem. One of the downsides of SOMs is that only if sufficient data is given, it can produce relevant output.

DBN is an unsupervised method of learning consisting of stochastic latent variables. DBN can be trained in either layer-by-layer method or by the tuning method. DBN is used in different applications such as speech recognition, image recognition, and video sequences. Although it isn’t widely used these days, DBN still plays an important role in the field of deep learning.

RBM was proposed by Geoffrey Hinton in 2007. It allows only the same kind of layer to connect with each other. This type of Deep Learning Algorithm is also unsupervised and probabilistic.

RBM consists of a visible layer(input) and a hidden layer. Earlier RBMs were used in topic modeling and dimensionality reduction applications. But now they are mostly replaced by GANs and Autoencoders.

Autoencoders is an unsupervised method of data learning that produces a low dimensional output of a high dimensional input by focusing on only the main parts. It consists of three parts namely the encoder, the bottleneck which is the most important part of the system, and the decoder. Autoencoders are mainly used in dimensionality reduction, and generation of time and time series data.

You might be wondering what makes deep learning algorithms so great. What are its advantages? Let us delve into it.

What are the advantages of deep learning algorithms?

Unstructured data can be utilized- The data of an organization is usually unstructured since it has various formats within it. Analyzing these data can be a very complex process in any other form of learning, but deep learning algorithms can be trained to deal with multiple formats and obtain the required data.

Learning Rate decay- Learning rate decay is a modern method used for training neural networks. It can be observed in optimization and generalization processes, where generally, it starts with a large learning rate and then gradually breaks down until the local minimum is acquired.

With this, it can be understood that deep learning is a subset of machine learning that imitates human ways. We now have a better understanding of the different types of deep learning algorithms and its benefits. 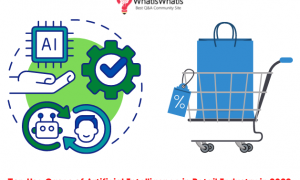 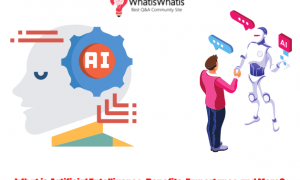 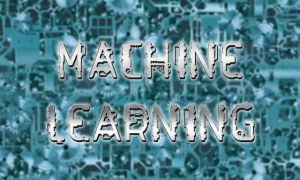