A powerful visual hierarchy lays a very strong foundation for a successful digital product. It can be used as a tool to organised the UI elements in such a way that they catch every eye and are easy to understand as well. In fact, these structured and organised UI elements have a great impact on the user experience. They help the users to interact with the brand and to navigate through the site easily without putting any efforts.

Now the question arises, how to build a powerful visual hierarchy? Well for different websites, there will be different methods that help you in accomplishing this. But there are some solutions oriented to UI content organisation that can be helpful in serving the purpose. So, for this post, our team of professional website designers in Jaipur, India are featuring some tips that help you in creating a powerful visual hierarchy for the website. Here it goes:

Table of Contents hide
1 How To Build a Powerful Visual Hierarchy For Your Website?
1.1 Always keep business goals as the core
1.2 Keep the functionality, the top priority
1.3 Scanning patterns and their roles
1.4 Understand the vitality of White space
1.5 Take the aid of a grid
1.6 Pay attention to colours and fonts

How To Build a Powerful Visual Hierarchy For Your Website?

The first tips that we as the leading web developers in India always give are to keep the business goals in mind. Every digital product is backed by business goals and to achieve them, web developers and designers have to work on different UI elements. This means prioritising them as per their contribution to achieving the goal.

For instance, you can see images dominate the e-commerce sites. They are there to stimulate the customers to consider it. A heading is obviously there stating the product and its brand. Later you can see a CTA in bold calling the users to buy the particular thing. The goal of the e-commerce site is to sell that product and hence they design the website or the mobile app accordingly as they prioritize the visual content, making it a total stand out and eye-catching.

Keep the functionality, the top priority

Many web designers interpret it all wrong and take visual hierarchy focused only to aesthetics. But as the leading web designers in India, we understand that it’s not like that and constitute a lot more. We as the web designers ensure that these visual elements are structured first and the organised accordingly to make sure they are clear to use and that the navigation works well in accessing them. Aesthetics can’t solely establish an effective visual hierarchy. If the best of the user interface is accompanied by bad structure, it will eventually end up to the bad UX. So, building a visual hierarchy is not all about aesthetics, instead, it recruits the effective function of UI elements along with their augmented role in the navigation as well.

Scanning patterns and their roles

The very first impression people get of the webpage is by scanning it to get the sense whether it interests them or not. As per Neilson Norman Group, there are 2 most popular scanning patterns which are in shape of Letter “F” and letter “Z”

While the former is quite popular for the web pages that constitute of big amount of content like blogs, etc, the latter is popular for web pages aren’t that heavily concentrated.

2. For the Z pattern, the scan commences through across the heading of the page and then moving across the diagonal and finishing with the horizontal line at the bottom. It is also common for the pages that don’t need to scroll down and fit well in a single screen.

These patterns will help the web designers in organizing the content accordingly by placing the elements on the spot where it grabs the user’s attention.

Understand the vitality of White space

Many newbie web designers take the white space as the mere are between different design elements. It’s when you start web designing for real; you understand that it actually forms the fundamental of the visual composition. We as the leading web design company in India address it as a tool that helps the web designers to make the user interface elements appealing to users’ eyes. Only with this white space, you can group or even separate the different UI elements for building the required layout. It is, in fact, nothing less than a powerful tool to draw attention to particular elements which require special emphasis. With its balanced usage, web designers can effectively create a visual hierarchy on the web page.

Take the aid of a grid

Many creative processes still rely on grid at different stages and visual hierarchy is no different. A grid is ideal for these processes as it serves in structuring different components and even places them in their ideal size and proportion.

We as the team of professional web developers in India highly rely on it to effectively pull off the negative space as the grid provides its aid in showing whether the elements are placed at appropriate proportion or even to each other or not.

Pay attention to colours and fonts

For distinguishing the core elements, you can take the aid of colours as well. In fact, colours have their own hierarchy which is laid on the basis of the influence they have on users mind. Bold colours obviously are easy to pay attention to and are used in highlighting core elements.

Other than that fonts can be recruited as well to establish a powerful visual hierarchy. Their size, colour, and style can be regulated to emphasise on the meaningful and prominent elements.

In a nutshell, the visual hierarchy goes way beyond aesthetics. For a compelling visual hierarchy, designers need to incorporate the ideal organisation of UI elements considering both their functional purpose and the business goal. Hire the professional team of the best web design company in India to get assistance in building a powerful visual hierarchy for your website. 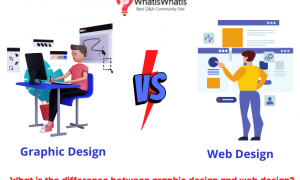 What is the difference between graphic design and web design? 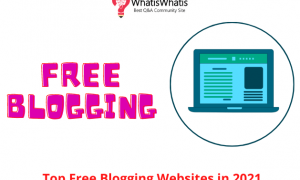 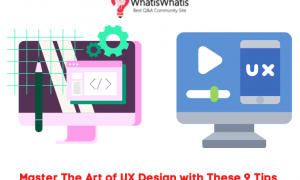 Master The Art of UX Design with These 9 Tips 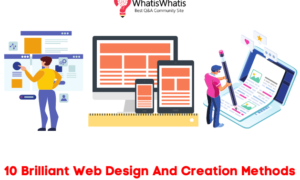