iPhones are nearly perfect phones that you can buy today. Even though it happens rarely but sometimes an iPhone touch screen stops working or becomes unresponsive to touch. This means that you will touch the screen and nothing happens, swipes will be ignored, and taps won’t do anything.

It will surely annoy you if your iPhone screen stops working and doesn’t respond to your touch. If something like this happens then you can visit the nearest iPhone screen repairer or you could read this article that may help to fix the problem.

These problems are caused by several things, sometimes it will be because of software or some crud on the screen or damage to the touch screen or perhaps some other issues as well.

Table of Contents hide
1 How to fix iPhone touch screen problems?
1.1 Clean your screen and your fingers
1.2 Perform a hard reboot
1.3 Delete and update apps
1.4 Free up iOS storage

Clean your screen and your fingers

This is the first thing that you need to do before using your iPhone. If you have a case or a thick third-party screen on the iPhone then you should remove those to troubleshoot the issue.

Now take your iPhone screen a good look in bright direct lighting and tilt it a bit to reveal any obvious junk, oil or residue that may be interfering. You need to make sure that your iPhone screen is clean and clear of anything that can interfere with the ability to detect touch properly.

If there is something on the screen, just wipe it down with a soft cloth to remove anything from the display. As for your fingers, make sure they are clean and dry. Rinse your hands thoroughly and dry it as well.

Just make sure that your screen is clean and your hands are clean and dry.

It is believed that simply restarting the iPhone will fix your unresponsive touch screen but a hard reboot is often easier even if it’s a bit more forceful. While hard rebooting is easy, but it depends on which iPhone model you have:

In order to force restart an iPhone 7 and newer models, hold down the volume down button along with the power button until you see the Apple logo.

For the iPhone 6s and older models, hold the home button and the power button until you see the Apple logo.

When the iPhone boots up, the touch screen should work fine if it’s just a simple software issue. If it doesn’t then you can take it to the nearest cell phone repairer in San Francisco.

Sometimes it could happen that when you open an app the touch becomes unresponsive. A frozen app will often not respond to any touch screen but pressing Home button will often exit the app and go back to the Home screen.

If the touch screen is not working in that app then try deleting it or updating it. If there is still a problem with the touch screen then you can reinstall it again. If still, the problem happens, the app could have a bug that needs to be addressed.

When there is no space on iPhone then things tend to go haywire in general, and that can include lag or unresponsive touch screen. Make sure your iPhone has enough storage available on the device.

If you want to check how much space is available on your device then go to setting> general> storage & usage> manage storage. Aim to have at least a few hundred MB available as iOS starts underperforming with less space available.

By using these simple tricks, your iPhone’s touch should work perfectly fine if it still doesn’t work well then you can visit the nearest cell phone repairer in San Francisco. 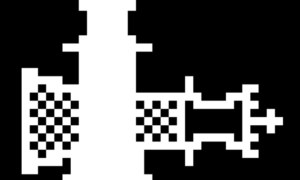 How To Install iOS 13 Checkra1n Jailbreak? 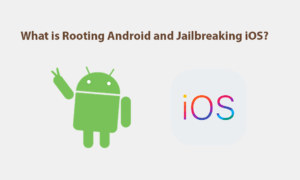 What is Jailbreaking and Rooting? is it safe doing that?