.Net Core is the latest .NET framework from Microsoft, and Angular is one of the most popular frameworks for web development, so why not combine them? This article will outline some of the top reasons why .Net Core + Angular is a great mix for web app development.

.Net Core and Angular are two prevalent frameworks that can be used together to create an amazing app experience for your end-user. .Net Core is a .NET framework developed by Microsoft, intending to be modular and lightweight.

It means it can power both small and enterprise web apps on any operating system or device. Angular is a front-end framework for building single-page applications (SPA).

Angular is designed from the beginning to work best with .Net Core which makes .Net Core + Angular an excellent mix for web app development! Let’s get started.

Why Should Companies Use Angular to Develop Front-End Web Apps?

Angular is an open-source framework that has been backed and improved by Google. The Angular framework was created with a specific goal: to make the process of developing user interfaces easier while also overcoming the limitations of other existing technologies in a single package.

The number of well-known web applications that use the Angular framework is seemingly endless. Office 365, Forbes, Google Cloud Blog, NBA, JetBlue, iStock Photo, Upwork, and other Angular apps are just a few examples.

Advantages of Using the Angular Framework to Create a Web App

From a business and development aspect, Angular is favorable. It’s one of those frameworks that can function with a variety of backend languages while also combining business logic and user interface. Let’s take a closer look at Angular’s business and technical strengths to see how they’re linked.

1. High Quality of the Application

Because Angular is a complicated and difficult-to-learn platform, it requires expertise. Many structural pieces, such as injectors, components, directives, pipes, services, and so on, can be difficult for businesses to grasp.

Therefore, you can hire an Angular development company to get your web apps developed with utmost precision. Moreover, Angular is a big plus for the product’s success because it has a complete collection of built-in features that allow you to develop everything you can think of.

The variety of Angular capabilities, such as template syntax, Angular CLI, routers, and others, make programming more accessible and faster for application loading. The framework is compatible with a variety of backend programming languages to display obtained data in the UI.

The framework is frequently utilized in native-like mobile applications and delivers cost-effective Angular progressive web app solutions that can operate across mobile platforms.

Because of the technical benefits provided by the Angular framework, you can build Angular web apps faster and more efficiently. The following is a list of factors that help programmers develop more quickly with Angular.

.Net Core was built with performance and scalability in mind while still being lightweight. It does this by removing parts of .NET that make it challenging to work on the .Net platform over the internet or mobile devices.

.Net Core also relies on .NET standards supported by most operating systems and many programming languages such as JavaScript. With its modular design, .Net Core can power both large and small enterprise-level web apps with ease.

When it comes to web application development, it’s critical to make sure that the application works on all platforms. The most recent version of ASP.NET Core is cross-platform, allowing you to quickly construct web applications that operate on Windows, Linux, and Mac.

In simple words, the complete backend will be written in C#. For example, a firm may easily create an iOS app using Xamarin and then utilize the same code to construct an Android app. You can hire a .net developer who will be able to take advantage of this cross-platform functionality.

The performance of the ASP.NET Core framework is the most visible and crucial benefit. The code becomes significantly more optimized due to the new enhancements and upgrades, resulting in enhanced performance.

However, this isn’t the most exciting part. The most important aspect is that you do not need to change the code. The ASP.NET Core compiler will eventually optimize the entire code when recompiled using the ASP.NET Core framework.

The actual performance of ASP.NET Core is multiple times that of any of the well-known framework implementations. It’s evident that Microsoft has a long-term strategy for the ASP.NET Core technology.

It becomes much easier to maintain when there is less code. While it may be difficult for a novice developer to grasp this pattern, an experienced developer must know how to optimize the complete code in ASP.NET Code with many fewer statements.

It simply means that not only does it take less code to construct a web application, but it is also much easier to administer and maintain. It raises the standard of Microsoft application development.

4. Support for Web Application Development in the Cloud

It is far more advantageous to construct a cloud-based application if you have a business in the modern era. The main reason for this is that ASP.NET Core supports various web app development, mobile backend development, and IoT application development.

This means that ASP.NET Core is the best choice for today’s business requirements. ASP.NET Core also helps in the development of powerful and robust web apps.

The most recent technology requires less coding, which implies that engineers can quickly optimize the code structure by writing fewer statements. Because there is less code, there are fewer hours necessary to construct an application, making ASP.NET Core far more cost-effective.

You can get the most out of two powerful web application frameworks by using Angular for the front-end and.NET Core for the backend of your web application.

If you need to construct a successful .Net Core web application rapidly, the Angular and.NET Core stack is also an excellent option. Both frameworks feature a large number of open-source and private libraries that can help you speed up development.

It’s important to note that Angular is developed in TypeScript, a tightly typed programming language similar to C#. There are fewer issues because of the commonality, and you may reuse the same classes with minor changes.

The similarity of Angular +.NET Core’s languages results in yet another benefit: lower development expenses. Therefore, you can opt to hire a full-stack developer that will be responsible for all aspects of development, starting from the server-side and ending with elements users directly interact with.

Your Angular code is not dependent on the .NET code when you construct an Angular application with a .NET Core backend. If you decide to incorporate it later, you can host it in a different repository.

This feature may be handy if you decide to develop a mobile application in the future because you already have the server side in place.

You may mix native ASP.NET MVC UI with Angular thanks to the flexibility of the latest ASP.NET Razor and the help of selected modules from a collection of available libraries.

If you prefer backend programming over front-end development, this effectively switches functionality from client to server. It provides the opportunity to attain the utmost speed for the first-page load when combined with server-side rendering.

The article discusses why you should use .net core and angular for web development. With its asynchronous nature, modular structure, and templating system, Angular will boost your app’s efficacy, while .NET Core will improve its speed and security. Together, they both can create wonders for your web development project idea.

If you are unsure where to start, have any further queries or start a project immediately, contact a leading website development company in India. They will cater to all of your requirements and assist you in developing a robust web application. 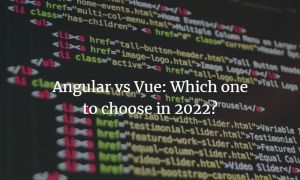 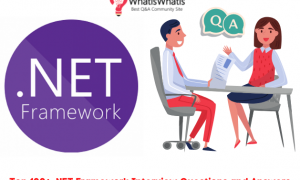 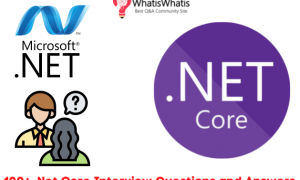