Close
Ask a Question
Home/Technology/The Theory (And Practice) Of Tokenization Everything!

The concept of tokenization isn’t new to this world! In fact, even paper currency is a token in essence because it represents the value of something it is actually not. With the blockchain revolution in the world, tokenization is all set to hit an all-time high, and it looks like no class of asset will be spared from this blissful phenomenon of tokenization.

The total value of global assets stands at a staggering $360 trillion now. Tokenization has the credentials it takes to disrupt this multi-trillion dollar market of real-world assets. It can be looked at as the most effective  transition into the digital age without compromising on the value.

When we intend to discuss the tokenization of real-world assets, we need to understand what the process of tokenization is. A token is a fractional representation of an asset.

This process of breaking down an asset into tangible representatives is called tokenization.

What advantages does tokenization bring?

Needless to say, tokenization is expected to enhance liquidity. Liquidity is the measure of the ease with which an asset can be quickly converted to cash. There are a few lucrative assets that might not be easily convertible to cash because they are difficult to sell as a whole.

By introducing tokenization, it becomes possible to sell these assets. Since the record is maintained on the immutable digital ledger called the blockchain, recordkeeping becomes tamperproof, and executing transactions becomes efficient.

Tokenizing the asset also brings in the possibility of fractional ownership. A person who owns an asset worth $1 million but only needs around $100,000 can tokenize the entire asset and sell just a tenth of the tokens. Fractional ownership comes to the forefront when it comes to assets that are expected to increase in value in the future.

We have already seen that almost every asset class is eligible to be tokenized. To name a few, we can talk about stocks, commodities, real estate, fine art, and even currency. Let us look at a few of these segments in  detail.

Security token offerings (STO) was built on the concept of initial coin offerings (ICO) and has been brought to the world, a fine convergence of capitalizing on the benefits of the blockchain while at the same time, staying within the regulatory boundaries set up by bodies like the SEC (Securities and Exchange Commission).

A lot of cryptocurrency exchanges have started to offer tokenized stock trading allowing users to buy and sell fractions of shares of reputed companies like Amazon, Tesla, and Apple.

Since the scope of the blockchain is global, there have been instances of tokenized stocks belonging to countries like Russia and Japan being added up to be offered to international audiences, especially in the United States.

It will not be long before everything about stock markets including initial public offerings (IPOs) and exchange-traded funds (ETFs) is available over the blockchain network.

Real estate is probably Schrodinger‘s cat when it comes to investments. It is extremely lucrative but at the same time, illiquid as well. This presents real estate investors with an expensive option.

However, with real estate tokenization, you can expect the avenue to be opened up. When you tokenize your real estate, you also enhance your liquidity by a considerable magnitude.

MBK, an investment bank based out of Tokyo has been experimenting in the space of digitizing real estate assets in countries like Estonia. Since real estate represents one of the biggest chunks of assets not only in the US but all across the planet, real estate tokenization can be expected to experience a big boom in the near future.

Find art, luxury art, and collectibles have always been beyond the reach of small investors. They can be considered one of the most illiquid assets and most of the acquisitions in this space are by well-established millionaires and billionaires.

By using non-fungible tokens (NFTs), artworks can be tokenized and made into a digital item that is extremely affordable and highly liquid. Efforts are already underway to tokenize art on the Ethereum blockchain network.

It might seem a bit absurd trying to tokenize something that has the maximum possible liquidity. However, with the digitization fever kicking in, it might not be a bad idea to have a digital representation of currency as well.

Tokenized currency has been gaining traction because of the massive success of Stable coins. There are a lot of central banks that have planned to release their own digital currency (CBDC) and this is expected to positively disrupt the Forex market. An interesting point to note here is that an unexpected country is pioneering this transformation.

The government of Vietnam has already started to work on its own blockchain project collaborating with its Ministry of Education and Training (MOET).

Commodities also form a big part of the global asset pie. A lot of smelting and power companies are working on the digital representation of precious/rare metals and on tokenizing the excess power generated by solar panels.

Tokenizing an asset is simple and easy from a technical standpoint. However, it is only the regulatory and legal dimension that presents challenges never encountered before.

Although the world is technologically ready for tokenization, it will take some time before the legal system catches up and puts things in place. Needless to say, this new avenue might open up some loopholes that might be exploited by malicious forces.

It might not be an exaggeration to say that tokenization right now is what the Internet was in the early 2000s. It is just a matter of time before everything gets put in place and the phenomenon of tokenization of real estate assets starts to dominate globally.

Mastering the process of tokenization on the blockchain requires a thorough understanding of the digital ledger technology, the demand and supply conditions for that particular asset, and the legal aspect of the process.

Also Read: What are the Challenges and Risks that are possessed by IoT & Blockchain

VanessaJane is a Blockchain Consultant, been in the Software Development Industry for the last 4+ years. She has a great knowledge of Technology, Blockchain, real estate tokenization, etc also she likes to write about the tips, procedures and everything related to the growth of Business. 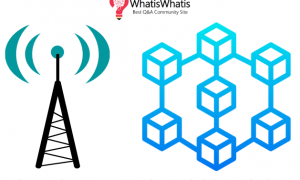 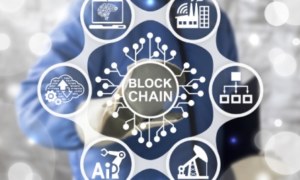