What can you do when you want to debug while using React Native apps? Can React Native do justice to your hard work? Don’t worry! You can solve problems with these top 10 tools for debugging react native apps. Although React native faces competition – React Native vs. flutter, it has managed to stay afloat with its popularity.

Stack Overflow’s annual survey shows that react native remains a widely used framework. It occupied the fifth spot based on its use by professionals with 16.48% votes. As it uses JavaScript, which has been around since 1995, it’s the most commonly-known language among developers.

Suppose how wonderful it would be to avoid flaws with quick debugging to fast-track the development process. Flaws scare developers, so you can imagine the importance of debugging React Native apps. Through debugging, developers learn right and wrong functions. Debugging allows them to review code and address issues before production.

React Native has two different environments, iOS, and Android. For debugging, developers use a range of complex tools. You can develop a single user-friendly app for Android and iOS with tools for debugging react native apps.

It will help you pinpoint issues, and you can solve all your problems when you work with someone with the right talent. Hiring React Native developers will help you to write code and debug at the same time!

Numerous debugging tools are accessible with a high number of contributors to the React Native ecosystem.

Here’s a list of the top 10 react native app debugging tools you must know about.

The Nuclide editor-Atom, allows developers to inspect elements and edit their React App features in real-time. It is an open-source program with numerous features, including inline errors, auto-complete, jump-to-definitions, etc.

Pro Tip: Activate React Native debugger in two different methods. For debugging, Nuclide can either launch the debug target in a new packager or attach it to an already running packager. Remember that the Chrome default debugger must not already be running for the Nuclide debugger to attach.

Microsoft’s Visual Studio Code is another React Native source code editor. It is a free and open-source platform that supports Javascript, Typescript, and Node.js.

By adding support for additional languages like C++, C#, PHP, Python, Java, and even runtime environments like UNITY. NET, developers can expand their ecosystem. To use this tool solely for React Native development, you must install the “React Native- Full Pack package.”

Pro Tip: The excellent debugging support offered by Visual Studio Code is one of its standout features. Your edit, compile, and debug loop will go faster using VS Code’s built-in debugger.

XCode has a tool called Debugging View Hierarchies, which allows you to examine and study the view hierarchy. To display an interactive 3D representation of the presently chosen window, XCode stops the application.

Pro Tip: The tool is handy for quickly fixing UI problems that are hard to notice. These may include misplaced text, labels, graphics, or images.

You can investigate the React component hierarchy in the Chrome developer tools with React development tools (React DevTools) browser extension. It is available for Chrome, Firefox, and as a standalone app.

Pro Tip: To help you with development, it offers an additional set of inspection widgets tailored specifically for React.

Reactotron offers a variety of features that can help in better debugging. You can debug Redux actions, redux state, and even async storage in React native as a starting point. After downloading the program, launch it, and then access the app root in a terminal window to set it up.

It uses React Native boilerplate. A generator for React Native called Ignite CLI comes with boilerplates, plugins, and more. Infinite Red’s boilerplate was your only option in the past, but various boilerplates are now available. You can even add independent plugins as you require them.

Pro Tip: It needs no runtime to quickly create a new React Native app with best practices integrated. This is merely a developer tool; it is not a library on which you must rely. The number of boilerplates and plugins is constantly growing. It has strong and clearly defined conduct.

With the Expo Go app debugging, running your app locally with expo-cli is relatively simple. Sometimes the stacktrace is all you need to diagnose the issue, but other times the error message is a little more cryptic.

Pro Tip: Expo takes a slightly different approach. It uses multiple methods to run the packer and debugger to enable live development on a device (a feature of Expo). The app runs in a tunnel, so users can access it directly from the Expo app. Check out how react developers use react native to build an app for the eCommerce industry.

Also Know: Which Web Testing Application tools You Must Try

We hope you liked the article on the top 10 tools for debugging react native apps. If you find any more applications interesting then please do share them in the comment section. 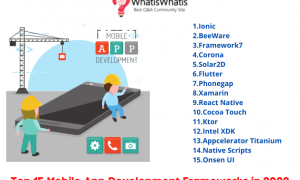 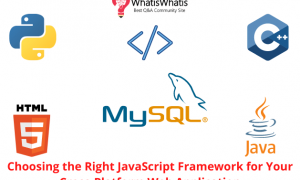 Choosing the Right JavaScript Framework for Your Cross-Platform Web Application 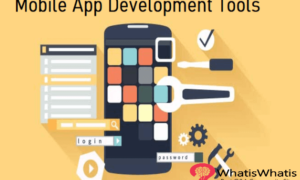 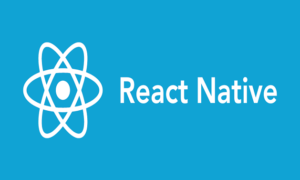 What Are The 5 Popular Use Cases of React Js?