Music is one of the best ways of entertainment. It helps listeners to get away from busy routine and boredom. Music apps are playing a vital role in this concern. They facilitate users in listening to their favorite soundtracks by providing a wide range of songs available in their database. These applications also allow users to make their customized playlist.

Let’s discuss the top five apps of 2020 regarding music.

Songs can be discovered on all platforms with the help of this app. This app is supported by the web, iPhone, and Android. Its playlist consists of a variety of genres. Its suggested playlist is based on the time and mood of the user.

Ads are restricted while listening to the playlist. That is why it is quite popular among users. Moreover, signing up for Club Songza will enhance the effectiveness of this app. Ads can be completely removed, and new features can be added in this way.

Spotify is another music streaming app with multiple advantages. This app is hugely appreciated by users due to its offline music service. That is why it has more than 80 million subscribers. This app is responsible for providing access to 20 million songs.

Users can also avail of an opportunity for free membership in this app. The only problem is that you have to listen to ads. Moreover, access to songs downloading is restricted to premium users. Premium members have to spend $10 to avail of an offer of offline listening.

Songs can be easily downloaded in this way, and many other advantages are also associated with this app. Users can get Premium Individual with Google Home Mini without any extra charges. This app is mostly preferred by music lovers because Spotify hands-free can also be played in this manner.

Spotify also provides amazing discounts for students. They can conveniently play songs at the cost of $4.99. Custom playlist in shuffle can be listened to with the help of this app.

Moreover, custom radio stations can also be played as per the customer’s desire. There is no need for the internet if you have downloaded songs of your choice.

It is considered one of the best music applications because of its remarkable performance. It is not only a standalone music app but also a song detection tool. If a user wants to learn more about a song, this app is responsible for providing all details.

The mentioned app detects the name of the artist and song as well. The performance of such an app is improved if paired with another streaming application. First of all, the song is recognized, and details are provided.

Furthermore, it also offers stream and purchasing options from different music platforms like Spotify, Amazon Music, and many more. Another amazing aspect of such an app is that it also gives lyrics of the detected song. Such an app is available for free and runs on iPhone, iPad, and Android devices.

It is mostly liked by people because of its one-tap identification feature. Each song tagged in your user account is saved. Auto Shazam feature helps in order to make the functionality of such an app more effective. You can listen to songs continuously until the app is switched off.

Thus, users can listen to their desired songs without any disturbance for a long time. Such an amazing ads-free app enhances the interest level of users, along with the usability of Corded Headsets and Bluetooth earphones. These headsets are accountable for filtering the surrounding noise.

Soundcloud has revolutionized a lot during the last few years. It provides a variety of songs to listeners. Ads on such applications are rare in order to maintain continuity of songs.

Advertisements are responsible for distracting users and disturbing the flow of music, which is not acceptable for users at all. The dominating feature of such an application is that songs available here are not found anywhere else. New tracks released by artists are found on such an app’s playlist.

Additionally, records label debut songs and unofficial group remixes can also be viewed on such applications. New and fresh music opportunities are provided to audiophiles. Users can also connect wired headsets or wireless ones like Sennheiser Bluetooth headsets with their phones or devices in order to enjoy the enhanced sound quality.

Such a mind-blowing application is progressing with the passage of time. Users can also get advantages of responsive app design. However, songs cannot be downloaded offline by making use of such an app. Exceptional quality songs are available on the corresponding app, and it is updated in order to make songs playlist more efficient.

This app has better interfaces and is well supported for different devices. iPhone, iPad, and Android devices can easily run this application.

Moreover, it contains a huge catalog of songs. Sounds can be downloaded for the sake of offline listening as well. It has cheaper family pricing options in order to grab the attention of more users.

However, users of this app are less in number as compared to Spotify. Songs can be enjoyed in a better manner by attaching wired headphones along with your device.

The above-mentioned applications are regarded as the best music apps of the current year. A lot of amazing features are accompanied by these applications.

A large number of subscribers are associated with the Spotify app due to its immense appreciation by users. The quality of songs on these applications can be improved by connecting headphones with mobiles. A better audio result can be achieved in this way.

How Cameo Clone App is booming during Covid-19 pandemic? 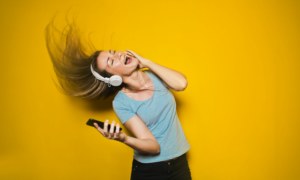