However, in recent years the interest rate on fixed deposit has been falling, which has been a major concern for investors. Though the rate of interest provided on FDs differs from one bank to another, a number of banks unanimously reduced their fixed deposit interest rates respectively.

As an investor, thus, it has become important to learn about the reduced FD rates of interest in India before deciding whether investing in fixed deposits will be beneficial or not.

The Reserve Bank of India announced a reduction in benchmark Repurchase Option(repo) rate by 75 basis points which came into effect from February 2019.

Following suit, several banks in India also announced a cut in their rate of interest offered on fixed deposits.

The country’s leading bank by assets, the State Bank of India (SBI) reduced its FD interest rates by 25 basis points. As a result, the maximum interest that you can avail on fixed deposit in SBI has fallen down to 5.40% per annum.

Several factors have played their role in bringing down the interest rate in a fixed deposit.

It is important to know the factors that affected the interest rate in order to understand how these rates are susceptible to certain changes in the financial world. Here are some of the reasons which are responsible for FD reducing interest rates in India.

Reserve Bank of India(RBI) is the central regulatory body in India that introduces policies to manage the cash flow in the economy. As a part of such policies, RBI reduced the benchmark lending rate to commercial banks.

A rise in the repo rate enables RBI to restrain inflation by controlling the availability of credit in the economy. Under such circumstances, banks hike their interest rates. However, as RBI has decreased the repo rate, banks are also offering fixed deposits at a lower interest rate.

Increase in liquidity in the country

When banks have enough cash liquidity, they don’t feel the need to seek money deposits from individual account holders. Thus, in such situations, banks don’t offer attractive interest rates to convince investors to invest in term deposits like FD. This is also one of the reasons for the declining rates of interest in the country.

Should you still invest in FD?

For a long time, fixed deposits have been considered as the most lucrative investment option with guaranteed returns. A fall in the FD interest rate should not be the reason for investors to divert their attention to other, less secure investment tools.

Currently, the share market is not performing well owing to the market fluctuations. Thus, it is anyway better to invest your hard-earned money in a secure deposit like FD.

It is advisable that you choose a deposit tenure of around 1 to 3 years while investing in FD so that you can enjoy the returns at the present interest rate during the tenure.

You can, thus, lock-in the interest rate that is the current rate for 3 years in case it falls down any further. Another option of gaining a higher return on FD is to opt for a tax saver FD for 5 years and avail the tax benefits.

Now, it is the reality that under the current economic situation, fixed deposit interest rates are likely to go down. However, considerable changes in the economy can again bring up the FD interest rates offered by various commercial banks.

Besides, as an investor, you must remember that FD is still the safest and the highest interest providing deposit among all bank deposits.

fdFD interest rates in Indiafixed depositInterest rateInterest rate on fdRBI
Previous article IS-A Vs HAS-A Relation in Inheritance- What Is The Difference?
Next article Tips Every Woman Needs to Know Before Online Shopping 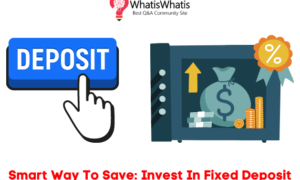 Smart Way To Save: Invest In Fixed Deposit 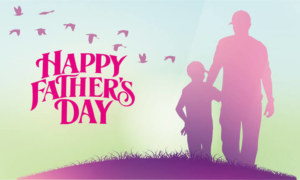 Fixed Deposits Instead of Debt Funds