Though PHP popularity is undeniable, it is often criticized for its security issues. Businesses fear this the most, and it keeps them from reaping the benefits of this programming language.

The best way to keep safe from these securities is by knowing them and tackling them in the right way possible.

This article covers some PHP security issues and vulnerabilities you should know about.

Know more: How to Avoid Cyberattacks During a Global Pandemic?

How do we fix the top 12 PHP Security Issues and Vulnerabilities?

It is a type of attack that can steal sensitive data from your site, like a user’s password or personal information. When you include HTML tags in your code, and those tags have special characters in them. The malicious hacker could inject code into an unsuspecting website visitor’s browser window.

This means that when someone visits a website with XSS vulnerabilities. They’ll see malicious content if they don’t clear their cookies. Or delete their browsing history before leaving the site.

If you want to prevent XSS attacks from happening on your websites at all costs, there are three simple steps:

Cross-site request forgery (CSRF) is a type of attack that forces a website to perform an action on another user’s behalf. It can be used to steal their password, log in as them and post comments on their behalf, etc.

The problem with CSRF is that it’s hard to detect because it looks like normal user behavior, clicking buttons, registering accounts, filling out forms etc.

You’ll only know something fishy is going on if someone tells you about it! The companies that provide the php web development service also know about it as the developers have experience working with these types of attacks closely.

To prevent this problem altogether, there are several best practices we recommend:

Use HTTPS instead of HTTP. This will ensure your site uses encryption between the client browser and server. Which protects against man-in-the-middle attacks (MITM). There are also other methods available, like using redirects or HSTS headers. Which do not require HTTPS itself but still help out with security measures!

An SQL injection attack is a type of code injection attack where a malicious user can manipulate the database by inserting their own code into the query. This can be used to gain access to data from the database. Modify existing data in it and even delete other users’ information.

There are several ways you can prevent this type of vulnerability:

Session hijacking is when an attacker takes over a session ID, which is normally a random string of characters that identifies each web browser that logs into a site.

It can be done in several ways, but the most common way is to use a cookie-stealing tool like Firesheep. This tool allows you to intercept cookies sent from one website and gain access to another site without logging in as yourself or using your password.

How To Fix It: There’s no need for panic here!

The companies that provide the PHP web development service check whether there’s anything suspicious going on with your session before logging out of any websites – especially when using public computers with internet access (such as at libraries) or public Wi-Fi hotspots!

Hide files from the Browser

You can use this technique to hide directory listings and directory contents and even modify how search engines like Google or Bing index directories.

Hide Directory Listings: To do this, you need to create a new file called .htaccess in your main folder where you want your files to appear when someone views them online.

If the folder does not exist, then just create one now.

To upload files securely, you’ll need to use the built-in functions for each file type. This ensures that your file will be uploaded in a way that does not expose sensitive data or allow anyone else to view it.

Avoid uploading files directly from your local machine via SFTP or SCP; always use an external server like Dropbox or OneDrive first so that nothing gets lost in transit if something goes wrong during transfer between servers!

It is a computer security vulnerability that occurs when data that’s sent to a program has more than the specified buffer space available.

A buffer overflow can be caused by sending too much data to an application or by providing too many arguments in a command line argument. When this happens, the operating system may try to use all of the available memory for its own purposes and cause it to run out before anything else can happen (for example, when trying to allocate memory for handling new requests).

The PHP web development service provider recommends not using large arrays without considering how much space they take up overall.

Don’t just write something like “array = new Array();” but rather think about whether or not this really makes sense given what else needs doing first before adding more elements (+1).

Source code revelation is a type of vulnerability in which the attacker can read source code from the server using a browser. The attacker then uses that knowledge to create new exploits for vulnerabilities on your website and platform.

There are several ways you can prevent this attack:

Remote file inclusion is one of the most common vulnerabilities in PHP applications. It occurs when you include a remote file (i.e., one that’s not on your server) into your own script.

For example, let’s say you want to include another file stored on your web server so you can use it later in this script:

The problem with this code is that if someone has access to the filesystem. Where this script runs from and controls what types of files are available there. Then they could make changes within those files without having privileged access like root permissions or anything else above them.

Directory Traversal is when a program or script accesses a file system by following symbolic links to files that are outside the current directory. The attacker may be able to access these external files, thus compromising the site.

To prevent this from happening, you can use .htaccess or .htpasswd files to create authentication mechanisms for your website’s directories and files. You can also run Apache with suPHP enabled so that users cannot read any non-public PHP variables. This will prevent directory traversal attacks from being successful on your site!

In PHP Object Injection, an attacker injects code into a vulnerable object that’s used to execute malicious code on the server. This type of attack can be used to execute commands such as “echo” and make modifications to files on your server.

To fix this issue:

Update your application with the latest security updates. If you haven’t already done so, update all affected versions of PHP. And other open-source libraries in order to fix any bugs. That may have been introduced by these updates.

Restrict access only with superuser permissions. Don’t allow users who are not authorized through their passwords to access certain functions within your app/website/application etc.

For web development, PHP is gained tremendous popularity over the years. But issues like authentication bypass keep businesses from leveraging it.

The first step is identifying what kind of attack we are facing and how it works. But before we do that, let’s look at some examples of this type of attack:

How To Fix it?

According to the PHP web development service providers, this method makes it much harder for hackers to gain access to your system. Because they would need both pieces of information in order to get past authentication.

PHP is one of the most popular programming languages in the world. It’s used by millions of developers and websites worldwide. It’s also a very powerful language that can be used for many purposes. But there are also some security issues with PHP that you should know about.

These include buffer overflows or other attacks on unauthenticated users. Which could lead to them being hacked if they visit certain websites or open emails containing infected attachments or links. As well as cross-site scripting vulnerabilities. Which allow attackers to run scripts on your web server without having any access whatsoever. Just think about how much damage could be done if someone gets into your database.

The Owner of Gtech Web Infotech Pvt. Ltd. leading web development company. I'm also a designer and developer. I've been working in the web development field for the last 12+ years. Developing and implementing small to large-scale projects and everything in between. Currently working on a lot of CMS, and dev-tooling projects. Furthermore focusing on combining Artificial Intelligence and Machine Learning with emerging technologies.

Previous article Top 12 Reasons To Try Kotlin For Android Development
Next article Why is Application independent testing so integral to the digital transformation process? 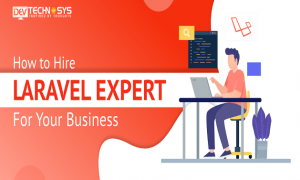 How To Hire Laravel Developers For Your Business? 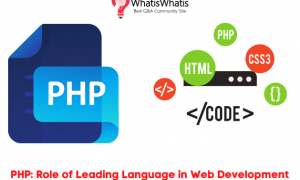 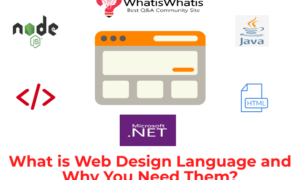 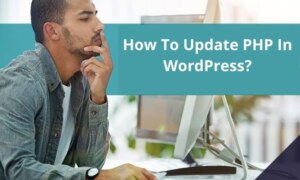 How To Update PHP In WordPress?