Two Types of Surrogacy and the Surrogate Mother Age Limit

Surrogate mothers are facing some controversy due to some social justice issues related to surrogacy. Some people view surrogacy as a way to exploit women from poor countries and use their wombs for commodities. This stance can be true and false depending on the legality of the situation.
It can be unscrupulous if the age of the surrogate mother is below the legal age. The surrogate mother age limit depends on the agency and location but it should always be above the legal age.
Read more: Are Chat Forums Helpful In pregnancy?
In some countries, women are trafficked to serve as surrogate mothers and be used for the reproductive needs of wealthy people. Some agencies will pay meager wages to the surrogate mother and keep the majority of the payment.
However, the United States has one of the most regulated surrogacy procedures. Surrogacy agencies give huge compensation to surrogate others and take care of their needs. Moreover, some families cannot have children due to medical conditions.
Surrogacy is the only way to build their family. Surrogate mothers are doing something noble for these families and giving them hope. It only becomes problematic when the surrogate mother is forced or is paid measly fees.

What is Surrogate Motherhood?

Surrogate motherhood is the practice wherein a woman bears a child for a family or couple who are unable to reproduce children in the normal way. It can be due to infertility or any other medical conditions.
Learn more: Stem Cell Therapy: A Boon Of Modern Medicine

What are the two types of surrogacy?

In gestational surrogacy, the child has no biological relationship with the surrogate mother. The mother is referred to as the gestational carrier. The embryo is developed through the process called in vitro fertilization (IVF).
It uses the intended parents’ eggs and sperm which is transferred on the surrogate’s body. Compared to traditional surrogacy, the surrogate mother has no blood ties with the child since it wasn’t her egg that was used in the process.

What is the Surrogate Mother Age Limit?

The surrogate mother age requirements differ depending on the agency and location. Some agencies can allow candidates up to age 40 to become surrogate mothers. This is only possible by ensuring the health and body capacity of the woman.
The average age needed for surrogate mothers is between the age of 21 to 37 years old. It is highly required that surrogates are at least 21 to guarantee that the woman can handle the intricacies involved in the procedure.
The upper end of the age range will be defined by the surrogate agency. For personal age limits, a woman is not forced to go into surrogacy when she is not confident to bear more surrogate children.
Even if you are within the age range, the most important factor is that you have a previous healthy pregnancy and delivery.
Gestational SurrogacyPregnancySurrogacySurrogateSurrogate MotherSurrogate Mother Age LimitSurrogate mothersTraditional SurrogacyTypes of Surrogacy

I am Eva Braughly, a mother who uses writing to share information on various societal issues, home improvements, DIY, health, earning opportunities, lifestyle, family, motherhood– in other words, life itself. 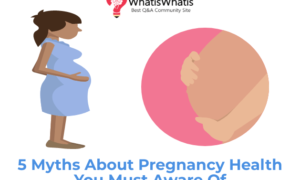 5 Myths About Pregnancy Health You Must Aware Of 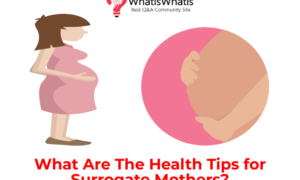 What Are The Health Tips for Surrogate Mothers?