With the popularity of iOS app development, mobile applications have become more demanding. The most popular Apple devices such as iPads and iPhones are powered by iOS apps. Gradually iOS apps have undergone a sea change which compelled multiple companies use it for boosting their businesses. The attractive features of iOS apps have attracted and engaged users all over the world to avail diverse services by a single click. With the release of iOS 12, the applications for iPhones and iPads have become more advanced and hence companies are more inclined in using it to meet their aims and objectives.

A mobile app development company proficient on iOS platform can give you the best services pertaining to your apps usages. In this article, some of the current trends of iOS app development will be discussed for your better understanding. The competitiveness of iOS apps has increased manifold owing to its distinctive features like face recognition, enhanced security, cloud integration etc.

The iOS app development trends which deserve mention are as follows:

Augmented Reality: iOS app development services focus upon integrating AR for enabling immersive experience to the users. A new file format-USDZ in this regard has been introduced as a latest inclusion in iOS app development. As a result of this the developers will be able to share and create AR 3D contents via a single file format. AR technology is used by brands to enable the customers experience personalized shopping.

The newly introduced ARKit 2 helps in improving the rendering of elements in AR. The AR experiences can be enhanced with ARKit 2 as it can bring together new context elements. The new layer will enable in measuring the size of real world objects, detecting objects in 3D and maintaining aspects out of the field.

Artificial Intelligence applications: Siri, which is a smart digital voice assistant uses AI. With the coming iOS 12, Siri enables in integrating with the 3rd party iOS apps by the name of Siri shortcuts.

Siri enables the developers of iOS apps to incorporate features that can allow the users experience the specific functions easily and with convenience. For example, with Siri the users can use their voice instructions to perform financial transaction in Apple Pay. Apple now is more focused in improving Sirikit so that the said functionalities can be strengthened. Thus, AI based Siri Shortcuts have a prominent place in the list of iOS app development trends in 2019.

Machine Learning: With technologies like AI game development and natural language processing, Core Machine Learning was introduced. Using Core ML2, the newer version of ML iOS apps can be made responsive, interactive and high performing for the users. Apart from this, 75% of the trained machine learning models’ size can be reduced by the developers.

Conclusion: This article gives you a clear idea why iOS apps are growing popular day by day. Some of the current trends mentioned above have shown the benefits of iOS apps which can be availed by any companies ranging from start-ups to Fortune 500. You can approach an established mobile app development company which is proficient in creating iOS apps to know the nuances of its implications.

Author Bio: Mr. Arup Roy is the founder of Red Apple Technologies, a pioneer in offering iOS app development services. Being the CEO of this company, he is actively involved in incorporating new technologies to make iOS apps more productive and purposeful. 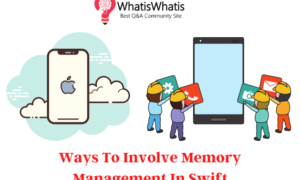 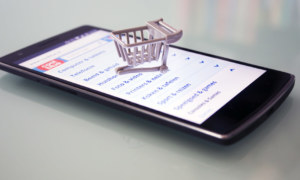 How To Find The Ideal Mobile App Development Company