Compared to iOS, Android has a larger share of games available on its Play Store, and they are in a rise. It’s more fun to play games o Android than iOS because most of the good games are free which is a luxury on iOS devices. Also, Android devices feature heavy-duty processors and ultra-fast GPUs which takes gaming to the next level.

But with a gazillion options, which game should you use to play? Don’t fret, we have created a list of online games that are the best to kill time. It doesn’t matter if you want a one person shooting game or a simulation, these titles are the best trending for Android.

Who doesn’t know PUBG? It is the leading online mobile game that became the highest ranking game played of all times. If you don’t know about PUBG, then my friend let us educate you. It’s a battle royale game where approx 100 players are dropped on an Island – well not pushed off an airplane; players are required to gather weapons, and they fight to survive the hits becoming the last man standing in the squad.

The game comes with a solo mode, a duo mode and a squad mode where you can team up with friends and battle for let’s say – chicken dinner.  PUBG after having an overwhelming response decided to launch an Arcade mode, multiple maps and a night mode in Erangel (among the many PUBG maps).

There is a sufficient number of weapons you can choose, along with deathly grenades, health kits and much more. But there is one small problem, with the increase in PUBG users, hackers are trying to penetrate gaming profiles which is an old tactic used on online gamers. PUBG gamers need to be conscious and make sure their network is encrypted with a VPN tool like CyberGhost so that hackers cannot harm the gaming profiles.

8 ball pool is as old as my grandmother, and it can be said its the most played online game ever for Android devices. The games functionality is simple, and if you don’t know how to play “pool,” then this is the chance to sharpen your skills virtually. The game is a direct stimulator of the 8 Ball Pool for mobile devices.

Miniclip produced more games in the previous years, and all of them are hit as the 8 ball pool. The game is an online edition where you can play against an opponent online on Android. With increasing demand the game has added, a ninth ball as well which gives users the best gaming modes.

If you are into pool and snooker, then this game is the right pick for you.

Fortnite is another game similar to PUBG which has grasped attention globally. The game comes with a battle royale game that’s interactive and fun to play against other players. The game can be compared to PUBG but is considerably different as it has animated graphics found in cartoons and multiple unique elements that make the game bearable and amazing.

Also, the games include a completely new building mechanism which no other online multiplayer game offers. It has new challenging tasks, and weekly patches which make the game unpredictable as whenever you’ll jump in you will find things changed. It’s undoubtedly an excellent game which can be challenging to win thanks to the hard gun mechanism and map that is tricky and uses your cognitive skills.

Clash Royale is a good multiplayer game that is a great addition to the Android Play Store. The game has a big fan base as its similar to the strategy game Clash of Clans. Clash Royale is merely a card based game where players fight against each other in a PvP battle to become the best player of all.

Being a multiple player game this is a good pick as it combines elements from tower defense, a multiplayer online battle arena, and collectible card games. Launched in early 2016 the game has multiple competitor games that are created to oppose it. However, still, the game is being picked over other new developed games.

Last but not the least Minecraft Pocket Edition is a popular game among the gaming market where you’re put in a random, artificial world where you can do anything you want, and I literally mean anything you want. Recently launched updates include a cross-platform feature where PC and Xbox can be used to play the game anywhere.

The game comes with two modes namely “survival and creative.” Survival mode kills bad guys that include a food system, and the creative mode doesn’t let you die at all. Don’t be fooled as Minecraft can be played on console and PC as well.

Which Game is your Favorite?

The rest is up to you! Check these games, and surely your online gaming experience will get better. But do let us know in the comments which game from the list is your favorite. 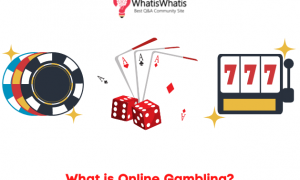 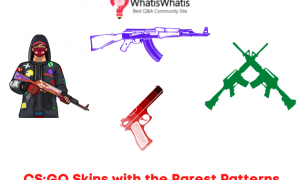 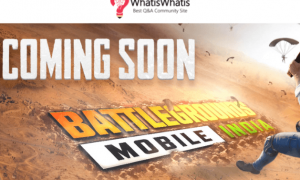 The most popular game, Battleground mobile India, starts a pre-registration ... 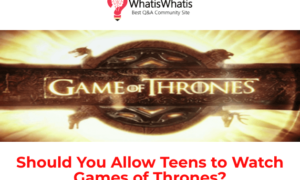 Should You Allow Teens to Watch Games of Thrones