If you’re using a computer application like Photoshop to create your memes, then you’re doing it all wrong! There is plenty of website meme generators that can produce your desire meme in a matter of moments. In this guide, we take a look at some of the best meme generators available online.

Meme Crunch is fast and easy. You can generate a meme by searching through the stock by name, by date, and by popularity, or you can upload your own image. There is then a really simple generation page where you add the top caption and the bottom caption, and you can change the size of the font.

Once you have finished your meme, you can then share it on Reddit, Facebook, Twitter, and Tumblr. You don’t need to be a member, and you don’t need to sign in via social media, to use this website’s meme generation facilities. You can still register will the site, however, or sign in with Facebook, Google or Twitter, to get involved with the site and keep on top of the latest and greatest memes.

There are now free Meme Crunch apps available for iOS, Mac and Android.

Quick Meme does exactly what it says on the tin. In matter seconds you can create a meme, either by using one of the stock images (which include all the most common meme images) or uploading your own. You can then add your caption and the site will do the typography and the layout for you. Quick Meme also gives you the latest and most popular memes from the world of memes.

The only trouble with Quick Meme is that you must log in with Facebook to create a new meme. You can’t register with the site or log in using any other social credentials.

Meme Generator is not just a meme generation site – it is also a meme ranking site. As such you can see what the best meme characters are and avoid the lame ones. You can also hunt down a new meme if you don’t want to rely on the characters that have already been memed to death.

The quick way to make a meme is to go to ‘Generate an Image’. This lets you choose an existing meme character to the reception. Instead, you can ‘Create a New Character’ by searching Google, entering an image URL or uploading an image.

For some of the most popular memes (Y U No, Foul Bachelor Frog, Socially Awkward Penguin…) you can create a new rendition in a matter of seconds, and then post to the Meme Generator imageboard, and Imgur.

Meme Center is a member-based meme generation, sharing and voting website that does much more than simply create memes. It has advanced meme-making facilities and you can link in with social media and connect with other users of the site.

With Memebuilder you can start your own custom meme from scratch (either from a blank page, a popular caption image, comic strip, demotivational boarder/caption or pie graph), and then use the paint-style app to develop your meme. Quickmeme is the way to get a meme done quickly. Select from one of the common characters, or upload your own image. From there it only takes a few moments to add your caption.

And then there’s Gifmaker, which lets you create and edit animated GIFs and reaction GIFs.  You can start with a blank page, you can import an existing image/gif, you can create a GIF from a YouTube video or you can make your own GIF using your webcam.

Read more: How to Take Care of Your DSLR Camera

Meme Center is great for making simple memes, and best if you want to create something more original or detailed, including GIFs and comic strips.

Troll MEME Generator is a hassle-free meme site that lets you browse the best memes. If you like the look of a character, you can click on the image and then change it to something different. You can change practically everything to do with the background and captions. Once you are happy with your meme you can save it.

This site also lets you create a brand new meme. A great thing about this site is that it shows you all of the most recent new images that have been uploaded by other users, which is a good place to start if you want to new character but don’t have your own image to upload.

Previous article Try an eLearning Authoring Tool for Simpler Course Creation
Next article How to Network at a Conference: Get the most of Events﻿ 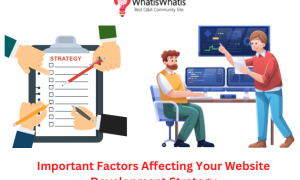 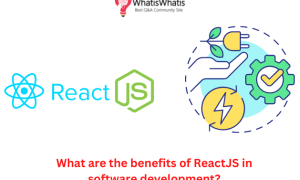 Why ReactJS Should Be your Choice for Front-end App Development? 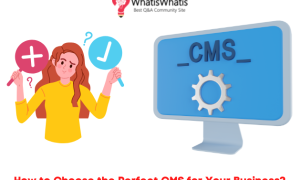