The market for mobile applications has already turned immensely enriched in the last decade, and it is likely to get better and better in the future. Any person or business entity attracted to the mobile app industry primarily thinks of the end-users’ convenience and satisfaction.

According to a study by Statista, by 2021, over 5 million applications can be developed and would be available in Google and Apple stores. It also showed that the consumption of global mobile data would increase by 3% in 2021, with respect to the data of 2018.

Know more: What are the top 5 tools in DevOps

In reality, mobile app developers have to face a lot of problems while developing an app. There can be problems related to the OS or UX design and hardware compatibility.

The Ionic tools can be the best for designing hybrid apps. Several Ionic systems allow the app developer to make the UI and UX more interactive. All the tool systems of Ionic are compatible with technologies like CSS, HTML5, and SASS.

Storing code base while developing a program can also be done quickly by the Ionic tools. You can also execute app shipping efficiently with the help of Ionic tools.

Most native mobile apps created globally take the support of the Xamarin tool. Most developers prefer this app because it enables the native app to be flexible according to its needs.

It is related to the vibrant.NET ecosystem, and a developer can get information from thousands of app developers around the world. You can use the Xamarin tool to develop apps for NET, macOS, iOS, Android, etc.

As an app development tool, Mobile Angular UI enables you to build HTML5 apps with ease. As a developer, you can expect the apps to be gadget-responsive and user-friendly at the same time.

If you have a web application on your desktop, Mobile Angular UI can support you to change into a mobile application more quickly.

If you are looking for a tool to design a hybrid app, the Adobe PhoneGap tool can act as your right companion. You can use different languages on the Adobe PhotoGap such as CSS, Javascript, and HTML.

Like many other tools, the Adobe PhotoGap can ensure that any app that is made with its support will be more responsive than others.

As a developer using the NativeScript tool, you can develop an app with languages like TypeScript, JavaScript, Angular, and Vue.js.

Read more: What is web design Language and Why You Need Them?

The native performance is remarkable, and you will rarely face any problem to write codes of an app and run commands with the support of NativeScript. Like many other tools, NativeScript allows the developer to make multiple types of applications with a specific codebase.

As far as mobile applications are concerned, KendoUI users can easily make modular apps. The best apps can be developed with KendoUI using the JavaScript UI language and access to the leading libraries like JQueary, Vue.js, and Angular.

Sencha Ext JS is a well-acclaimed framework tool that runs based on JavaScript. Its usage can lead a developer to create cross-platform mobile apps in very little time. The primary aspect that helps the designer is bringing responsiveness to the mobile apps.

The name Appcelerator is quite symbolic, and it denotes how this tool can ensure an app to accelerate. Like many other tools in this list, Appcelerator can be used to make native apps for smartphones.

You will only need to write a few lines of code for humankind’s complicated application features. All apps made with the support of Appcelerator can run on Android and iOS platforms. Moreover, as a developer, you can use this tool on systems that have HTML5, Android, and iOS-enabled in them.

The react native is the mobile app development tool that is designed by Facebook. The developers using JavaScript language and framework can use this tool for app development. It has a large pool of contributors.

Learn more: What Are The 5 Popular Use Cases of React Js?

If you are in a time crunch and still have to design an application for the client, the best tool for you may be Corona. It is a tool that mainly adds responsiveness to the game apps and the normal ones.

Like most tools in this list, FireBase can ease the process of app development for the developers. It is a tool that is powered by Google, and it can be used to make apps that can run on both Android and iOS setups.

The tools for mobile app development depend entirely on the developer for what he chooses according to comfort. If you are into mobile app development, make sure to learn the process of using the tools and get the most out of each one. This can help you to give the right app to your client.

Akash Tripathi is a Content Marketing manager at Top Mobile Tech that curates articles on a iOS App Development Company as well as video production. Stay connected to the rest of the world with Top Mobile Tech.

Previous article Telehealth Software Development: Characteristics and Concurrence
Next article Using Cheap Dedicated Servers and Why they Are the Best Option?
FOLLOW OUR TELEGRAM CHANNEL
FOLLOW OUR YOUTUBE CHANNEL 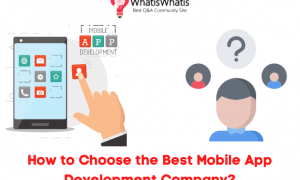 How to Choose the Best Mobile App Development Company? 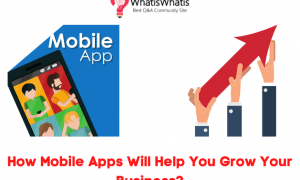 How Mobile Apps Will Help You Grow Your Business? 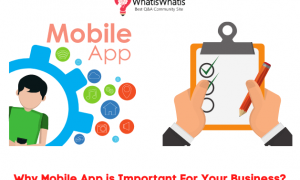 Why Mobile App is Important For Your Business?