Close
Ask a Question
Home/Digital Marketing/Darknet: How it works, and how it can be accessed
Table of Contents hide
1 What is Darknet?
1.1 Who Uses the Darknet?
1.2 Accessing the Darknet:
1.3 Diversity and strange contradictions

As the common perception and understanding of the Darknet that is accessed by Dark net Links is that all the criminal and black market activity take place there. Criminal activity like money laundering, gambling, betting, sex trafficking and so on and so forth take place on the Darknet. But all is not bad in the Dark web. The dark web contains databases and academic resources. Most of the universities employ search engines like Ahmia.fi, Deep Web Technologies, Tor Search, and Freenet. The dark web or the dark net is a small part of the deep web which uses .onion Sites Links.

The contents that are there on the Deep Web directories are not accessible through the traditional search engines and is also referred to as the anonymous internet. Inside the Dark Web both web surfers and website publishers are unknown and also are anonymous.  The anonymity makes it very difficult for government agency to track people down and most of the time results in loss of time and resources.

Who Uses the Darknet?

The .onion Sites Link network architecture of the Darknet was developed by the United States military. The users that mostly use the Dark net Links are governments, law enforcement agencies and the military. The reason behind the surface web is not popular among the military and the government agencies is because of the content of the communication, the location and other such vital information can be revealed by the hackers and the threat actors. Top secret political negotiations, covert operations being carried by field agents of the top most priority are information that the government agencies can’t disclose so using the Dark net Links is of the prime importance for the agencies.

Read more: Digital Marketing Mistakes: Know How To Avoid Them

The Darknet is a popular source of platform for journalist and political bloggers who are critical about government policies. Online anonymity helps these political activist and whistleblowers to communicate with sources and get the news across the spectrum without the fear of any sudden crackdown on their lives. The threat of imprisonment also is the matter of concern which in some cases can also extend to their families.

The most common way to of accessing the hidden internet is by using a service called Tor (or TOR) which actually refers to The Onion Router. Surprisingly configuring Tor or The Onion Router is easy which most of the users may find it difficult as it is shrouded in mystery. The TOR browser is built upon the Mozilla Firefox browser upon which there are plug-in and other add on which helps users to maintain privacy. The Tor browser because of the safety, security and privacy helps users to surf the surface web anonymously, giving the user more protection against everything from scammers to government agencies. The Tor .onion urls directories are not like ordinary website addresses that are commonly used on the surface web. The Darknet website addresses are made up of random strings of characters which are followed by .onion links at the end. An example of a Dark net Sites Links is http: //dppmfgshwksttr.onion/. When the user enters the link the link will take it to Tor .onion urls directories. All this will work if the device has been installed with Tor browser.

Read more: Ways To Get More Traffic To Your Website Traffic

Another such site which allows such privacy by creating private networks is the Freenet Project which is quite common and similar in functionality. Another privacy network is the Invisible Internet Project also known as I2P project. The I2P project offers privacy to its consumers and clients in terms of integrated secure email file storage and file sharing plug-ins and integrated social features such as blogging and chatting.

Despite all the wrong activity that Darknet is a very nice place to be in. The place is a very idealistic place as there is a lot of material on political writing that can be found on the Dark web directories. The forum includes a lot of material relating to libertarian, anarchist and conspiracy- theory but also has some mainstream liberal and conservative thoughts. The dark web forum is the place of contradiction to.  Though the principle that flow of data and information should be a fundamental right, there was also this consensus about the threat big business and government pose to this idea of liberty of information. There were similar websites and pages that echoed the same philosophy. One of the websites preached about the values of flow of information and the other website equally demeaning the idea of this free exchange of information across the communities. The publishers of these websites seemed either unaware of or unwilling to confront these contradictions.

Learn more: How Do You Follow Technical And Non-Technical Movements In Digital Marketing?

Darknet marketplaceThe Darknet‘s large criminal marketplaces are well known. One of the first sites I came across purported to be run by a hit man offering his services to anyone willing to pay. Personally, I don’t believe it. This site was probably set up as either a police sting or by a conman who will just take your money and run (there are many, many times more scammers pretending to sell illegal items than there are people genuinely selling illegal stuff in places like this). The most commonly traded illegal items appeared to be hacked PayPal accounts, drugs, fake passports, and other IDs. Bitcoins anonymity helps these business to run smoothly operate with impunity and conduct business on a routine basis though the method is always not safe.

Creative, high degree of reliability, sincerity, commitment oriented and
high aptitude for on-the-job learning, independent contributor and can work in team also, modest enough to
admit mistakes and learn from it. 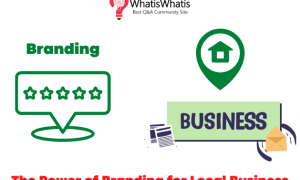 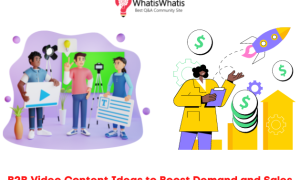 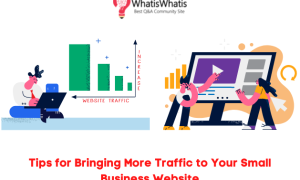 Tips for Bringing More Traffic to Your Small Business Website 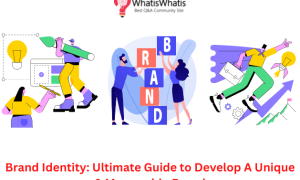