The unexpected outbreak of coronavirus forced all the nations to self-isolate and has crippled all industries right from small-scale to large-scale businesses, say from tourist places to amusement parks to theatres. All the group gathering places came to a halt, pretty much anything that has to do with gathering more people in one place.

Table of Contents hide
1 Cameo Clone – A Celebrity Video Messaging App
2 Why and how has it become famous during the pandemic?
2.1 Real-time experience
2.2 Real-time tweets from celebrities

The pandemic has negatively impacted shattering millions of people losing their jobs and becoming unemployed. Yet, few companies have seen a surge in business.

They are nothing but celebrity video messaging apps like Cameo, allowing users to have a shout-out video from their favorite celebrities fulfilling their loved ones’ dream by showcasing wishing videos from them. This app helps connect fans and celebrities and has seen a boom during the pandemic.

The celebrities and the users can register in the Cameo Clone app by downloading. After becoming a user, the Clone app allows users to select their favorites and can request their favorite stars to shoot a shout-video for their well-wishers. The app also allows celebrities to post their daily updates to retain their fans and engage with the audience.

For anywhere from $2 to $ 2500, the app users can request a video message from their desired stars and public figures. The app was launched in 2017. But, it has emerged broadly during the pandemic fulfilling approximately more than 4000,000 requests from their fans.

Why and how has it become famous during the pandemic?

When the pandemic has out broken, where it shut down all the major events like sports and almost all entertainment production. The situation put every industry at a loss and created a weird environment where every actor, celebrity, etc., had nothing to do except for sitting at their homes. Fans were also sitting at home doing nothing.

To summarize, the pandemic crippled every industry, celebrities, and ordinary people to lock up at their homes. Just because of not stepping outside, that doesn’t mean celebrities want to stop connecting with their fans.

At this time, considering the crucial scenario, Cameo has a massive surge amid the pandemic. The reason for its success is bringing solutions to the users when needed. The app helps keep the family and relatives entertained and helps stars connect with their fans and earn income irrespective of facing a huge economic crisis.

Read more: How to Make a Budget-Friendly Mobile App?

A couple of months ago, seemingly during the Corona Virus lockdown, a friend of mine was at her home, passing her time just like the usual way. She was approaching her birthday during the lockdown and literally lost the enthusiasm and joy of celebrating due to the pandemic as no one was allowed to step outside or step inside.

When her day approached, she got a surprise that she wouldn’t have gotten or even expected to have during normal days. To her surprise, she received a video message with a text from her friend, leaving no clue for her to understand what it is about.

But when she clicked on the video message, she regained enthusiasm and joy, which was unexpected. On the screen, she saw a birthday wish from her favorite and the best-known star, James Kennedy, in one of the reality shows, “Vander pump Rules.” Kennedy is a well-known, popular actor, and he was her favorite. It was a dream come true moment for her, and she was overwhelmed with joy when he hailed her name.

He began the video wishing her and thanking her for being a fan and supporting his works. He also encouraged and motivated her with his personal advice and suggested meeting one day. Kennedy seemed to deliver the wishes from the doorway of his house.

This experience was phenomenal for her, and she still could not believe that she had a video message from her idol.

The Cameo benefits or fulfills the user’s dreams and helps the stars connect with their fans like this, and help them earn money by shooting videos.

Learn more: Hyperlapse: How to Create Creative videos for Instagram?

The average video price of Cameo is around $50. Caitlyn Jenner manages to get $2500 per recording. The app has more than 30 celebrities as investors where businesses pay up to $10,000 for a B to B option.

Celebrities including Busy Phillips have also joined the Cameo platform tweeting, “Having to record and shoot videos at Cameo for their well-wishers and loved ones brings immense joy.”

Another tweet from the Comedy Tony Atamanuik, who is well-known for playing Donald Trump in Comedy Central’s The President Show recently tweeted,

These tweets from celebrities prove the Cameo app: being honest and trustworthy and not a scam or a fake like others.

The app helps spread joy and love, which was lost during the pandemic.

Everybody staying at home has lost inner peace; the joy of gathering and meeting their loved ones. The social distancing doesn’t stop the Cameo app from connecting with their idols. More Customers, celebrities are joining the video messaging app and spreading a positive loop that has helped the business to compensate for the loss in these callous times. 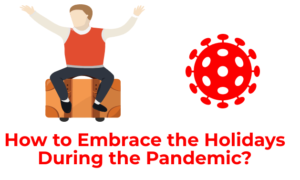 How to Embrace the Holidays During the Pandemic? 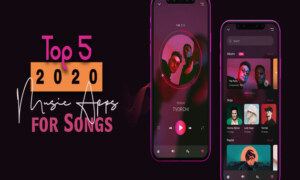 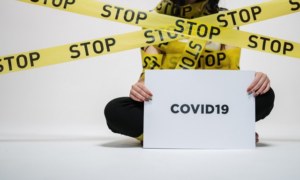 How to Avoid Cyberattacks During a Global Pandemic?