Can I write about something a little different here? I normally don’t write about mobile video production or the how-to’s of the world, but this time I’d thought I’d highlight something I just learned about recently called LumaFusion. It’s seriously the best mobile video production app I’ve ever seen. Oh, you haven’t heard of it before either? Don’t worry, you’re not alone. I’m just a little embarrassed because I’m in the business of video editing.

Table of Contents hide
1 Where it all started…
2 The Power of Video
3 Most Video Production Apps Aren’t That Great
4 This is Where Things Get Interesting…
5 See How LumaFusion Makes Mobile Video Production Easy?
6 LumaFusion Places its Claim-to-Fame as a Mobile Filmmaking Revolution
7 How Much Does LumaFusion Cost?

Where it all started…

This epiphany all began when my colleague returned from vacation and showed me a little video he created about his family. And I’m not talking about producing them on a RED camera or some expensive rig like that. I’m talking about mobile video production using nothing other than an iPhone of all things.

If you would like to skip to the video, just scroll down. I’m pretty sure you’ll come back to read the rest of this after you see the video.

The Power of Video

We all know the power of video and its ability to evoke emotions. Just like music, the power of visuals can compel even the deepest of emotions to action. Why do you think all the major brands use commercial video production it to drive awareness and connectivity with consumers? Why do non-profits use documentary-style videos to drive brand awareness to their cause?

It’s because there’s power behind compelling narratives and experts understand the power in its marketability.

For years, quality video production has been reserved for companies that had expensive cameras, personnel and the knowledge to capture the right moment with the right lighting and to edit it into a story. That’s important and there’s most certainly the time and place for that level of production, but with the advances in mobile technology, cameras have become so advanced that anyone can capture footage and become a producer, photographer, or freelancer.

Know more: How to Brainstorm Your Next Animated Marketing Video?

The only problem until recently has the ability to edit footage quickly without having to upload clips to a laptop. Having the convenience of editing clips through a mobile video production app has always been a problem.  Now, don’t get me wrong. There have always been a plethora of mobile editing apps for video production, and some of them have been decent, but most of them have been really bad. I mean really bad.

My colleague and fellow producer, Matt Engelking, recently got back from vacation a few weeks ago and showed me something that was pretty remarkable. Now, this is someone that’s never really on vacation. I’m not saying that he’s absent from his family or not present in the moment. It’s actually quite the opposite. He’s always in the moment, and very much present with his family. He’s just always looking for ways to capture “the” moment.

This is Where Things Get Interesting…

The one thing I’ve always admired about Matt was his amazing ability to catalog his family’s adventures and turn them into incredible videos that conjure up that teary-eye moment where you hope no one catches you “with something in your eye.”

Even on vacation, Matt is always looking for ways test the latest and greatest camera, lens or rig on the market. He normally takes one with him to capture different scenes and comes back with these amazing shots and short films about his family. But this time around, Matt didn’t take any gear with him and still managed to come back with an amazing video.

When I asked him what he used, I was expecting an answer like a Canon EOS Mark III or the Sony A9 Mark II, but fell out of my chair when he told me he used his new iPhone 12.

See more: What To Look In A Digital Camera For Beginners?

Come on, really! Take a look at this video shot entirely on his iPhone!

Now, he’ll be the first to tell you that he doesn’t think it’s the best quality and that it was just something he did for fun because he didn’t have time to lug around one of the rigs we bought. Call me a novice; call me whatever you’d like, but I thought the video was top notch. After coming off my disbelief that he used his cellphone, I asked him what platform he used to edit the video.

Normally, I would expect him to upload clips to Final Cut Pro or even DaVinci, but he said he edited this on the plane on his way back to Texas using a mobile app. WHAT! Now he had my attention.

Granted, I don’t do a lot of editing on my mobile device because they’re all really limited in their capabilities, but this was amazing. I’ve never seen anything that’s come close to this.

He used a mobile video production and editing app called LumaFusion. How in the world did I not know about this? Now iPhones capture great footage, but editing software makes all the difference in the world. Being able to color grade, add FX, transitions, and adjust lighting are really important and this app has it all.

LumaFusion Places its Claim-to-Fame as a Mobile Filmmaking Revolution

That’s a pretty lofty statement, but you know what? I believe they’re right. Here’s what their homepage on their website says:

“Whether you’re just getting started with making films or have years of experience, Luma Touch provides creators with the tools they need to craft their next video. With advanced editing tools designed for mobile, you’ll be able to edit your next project quickly wherever your ad ensures take you. Our apps support a variety of footage from traditional cameras like Sony, Canon, and others. It also works with powerful mobile camera apps like FilMiC Pro.”

How Much Does LumaFusion Cost?

LumaFusion is $29.99 and I know that may seem like a lot for an app, but if you’re making videos that you intend to keep or share, it’s well worth the price. Trust me. You can’t find quality like this. Well, maybe you can but I’ve not been able to find them.

Jeremy Robinson is the Chief Executive Office of Tribe Films, a full-service video production company in Dallas, TX. They work with global agencies and public relations firms to produce compelling content to drive brand awareness. Their work can be seen with some of the world’s leading brands including Mercedes, Lexus, IBM, Canon, Virgin, Marriott and Hilton.

LumaFusionMobile Videomobile video production appvideo contentvideo marketingVideosVideos for Instagram
Previous article CoWIN portal will be available in so many languages with Hindi from next week: Govt
Next article Top 10 Internet of Things (IoT) Trends That Will Rule In 2021 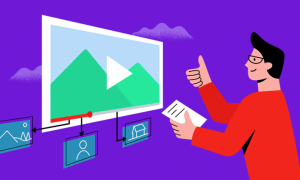 How to Brainstorm Your Next Animated Marketing Video? 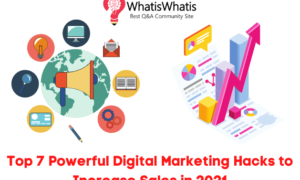 Marketing Trends – Every Business Should Know In 2020 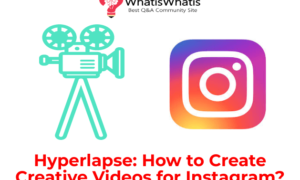